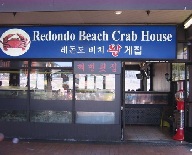 Cajun Butter Shrimp (Shrimp and vegetables grilled with our own blend of spices and butter.)